WHERE DID THE 60S COME FROM?

"What led to the 60's?" you ask. Good question. Well, there's Vietnam, the pill, drugs, civil rights...you name it. These are the standard explanations, and they're all important, but we all know there's gotta be more than that. You don't go from Ozzie and Harriet to bare-breasted at Woodstock in just a few years unless you have a lot of history pushing at your back.

What that history is, I don't know. I thought I might free-associate a little here, just to see what other explanations I could come up with. I've tried this before and what I came up with was woefully inadequate, but maybe I'll do better this time. Here goes....... 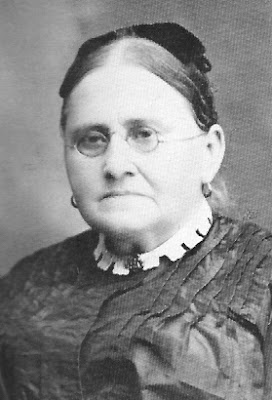 Maybe after the miniskirt there was no turning back. No matter how destructive the new sensibility might turn out to be, a return to the society that covered up legs was unthinkable.

Posted by Eddie Fitzgerald at 12:59 AM 29 comments

WARNING: Nothing obscene here, but this post is not office or school safe. 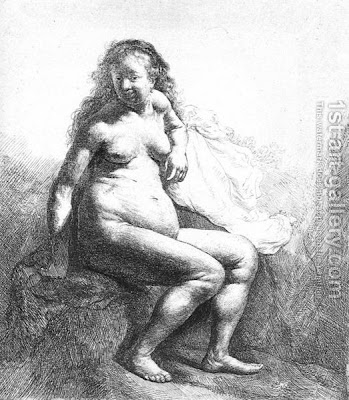 Most modern women will eventually develop a pear shape, like Rembrandt's wife in the drawing above.

Posted by Eddie Fitzgerald at 2:13 AM 11 comments

I'm toying with the idea of doing a Sunday Comics page. Maybe something every other Sunday. I don't have any ideas, and I'm not sure that I know how to color and ink in Photoshop, so I might have to use crayons. Let me think about it. Whatever it is will probably look horrible, but I feel a responsibility to at least make an effort...I mean, being the last man cartoonist and all.
Posted by Eddie Fitzgerald at 1:18 AM 38 comments

A COMING COLOR REVOLUTION IN ARCHITECTURE

A WEEKEND WITH WILLIAM RANDOLPH HEARST 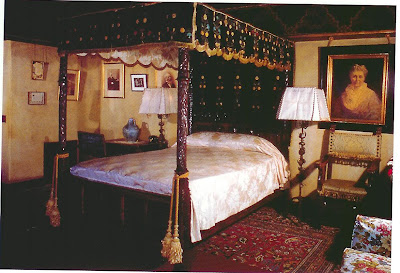 He himself stayed in quarters which were more modest; more intimate and cozy. This (left) is his bedroom but the photograph doesn't do it justice.


Posted by Eddie Fitzgerald at 1:03 AM 17 comments

OFF TO THE BEACH!

"FEEL MY FANGS ON YOUR SPACE HELMET!"


It is I, Magog the hunter, daughter of Nartha the matriarch, and along with my fellow nogs I watched the metal thing emerge from the stars and, with fire roaring from its bottom, land on the surface of my cratered asteroid. None of us had ever seen anything like it, so we waited in practiced stillness to see what would happen. Who knows? Maybe there was a meal to be had here. Sure enough, after a bit, a hole appeared in its side and a creature emerged.

It walked on only two limbs, something none of us had ever seen before. How does it do that? Nogs have barely enough at twenty, twenty-two if you include the large mandibles which are for ripping and tearing, but are also useful as extra legs when running down prey.  No need for that now, though. With no prompting from us the thing was slowly advancing right into the middle of us, cautiously shining a wide beam of light into the shadows that defined our still and rock-like bodies.

I was in favor of waiting another moment or two but one of the hungriest young nogs impetuously reared up and loomed over the creature, its mandibles opening and closing; hot, steaming acid dripping from its grinding mouth parts. The startled creature made a move to run back to the metal thing but was cut off by several adolescents who spat a corrosive fixing fluid that anchored the creature to the spot.

The thing was doomed, but was apparently determined to sell its life dearly. It reached into a pouch on its side and frantically withdrew a thing which shot out beams of light which vaporized whatever they touched. A big mistake. At the sight of a struggling victim nogs go into a feeding frenzy of inconceivable ferocity. The creature shot its beams this way and that, pouring the destructive force of its energy into us; maiming, killing, destroying, and for a moment appeared to be getting the upper hand. It was time for me, the chief, to enter the fray.

With a leap I jumped onto the transparent globe on top of its body and sank my fangs into the smooth surface. The top of the disk crumbled and there was a whoosh of gas and inside I could see a soft hairy thing which I immediately bit. The flavor was indescribably delicious but the thing was still alive and was able to bring its shooter up to my abdominal segment and fire.

In the silence of space I saw my body divide into two wildly flailing parts. My entrails unwound into the ether and large quantities of blood escaped in shimmering globules. My time was up. I only had a moment of consciousness left, but that's not important. For nogs it's the species that matters, not the individual. With my last instant of wakefulness I watched as my belly disgorged hundreds of small nogs which carried the feeding frenzy into the gaping hole in the shattered dome.

Life goes on.
Posted by Eddie Fitzgerald at 10:29 PM 17 comments

I GET MY COMEUPPANCE


Posted by Eddie Fitzgerald at 2:34 AM 11 comments


How 'bout some Joan Crawford slaps (above)? There's some real dooseys here.  Slaps are a useful dramatic device. The writing in a scene builds up to its slap, as does the performance. The worse thing a writer can do to an actor is to leave them rudderless in a scene that meanders all over the place. Slaps give a scene a direction, something to build to.

My favorite screen slap of all time is the one in "Mildred Pierce" where Crawford's daughter slaps Joan on the stairs. Crawford is completely disoriented and nearly falls off screen. No wonder...the slap was real. Crawford insisted on it. I wonder how many takes it took to shoot it?


Was Crawford tough in real life? I'm not sure. The stories are contradictory. In the interview above Arlene Dahl implies that Crawford deliberately threw her drink at her while at a dinner party. In the same interview Gloria DeHaven says Crawford unselfishly taught her a really useful vocal technique, and  tells us what the technique was.

My guess is that the real-life Crawford was usually pretty nice, but we can hope that there were exceptions. I like to think of her as the hostess in this scene (above), where she fires her maid for dropping a cup. Crawford's real life daughter Christine, author of "Mommy Dearest," claims she was just like the roles she played in "Queen Bee" and "Harriet Craig."

BTW, I think the person who uploaded this video meant to title it: "Joan Crawford Is Pissed in the Movie Entitled 'Harriet Craig.'" The present title implies that Crawford did something unspeakable to someone named Harriet Craig.

What a whiner Crawford's real life daughter was! Here (above) Christine gets the punishment she deserves by being a guest on a nightmarish Italian TV show that never lets her speak. Watch it to the end because the actor who dubbed Cliff Robertson's voice does an even more over the top vocal than Robinson.
Posted by Eddie Fitzgerald at 12:41 AM 19 comments

Posted by Eddie Fitzgerald at 12:34 AM 17 comments

WHO CAME BEFORE THE BEATS?


Nabokov is fascinating, but he doesn't really say anything. Trilling attempts to say it for him and is good-naturedly rebuffed. Boy, you can never get creative people to tell you how they do what they do.

Trilling has real charisma. He has that great tortured look that intellectuals are supposed to have, as if every word was painful to enunciate.  The moderator, Pierre Berton,  does a great job of setting a musical tone that sets up pleasing counterpoints from his guests. It's a great little ensemble. Even if nothing memorable is said, it's wonderful theater.

Aaaargh! I'm too tired to write anymore.
Posted by Eddie Fitzgerald at 3:15 AM 23 comments