A SECOND LOOK AT A GREAT CARTOON 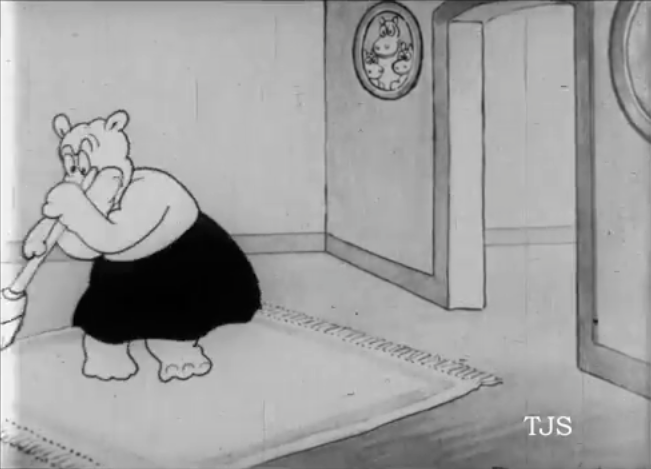 I like "Jolly Rounders" so much that I can't help adding to what I wrote last time. It's wonderful to have a blog like Theory Corner where things like this can be discussed in detail.

Anyway, I like the textured barebones background and the midlevel line of the wall boards. Some artists avoid midlevel anything because it divides the composition into two and gives it an ignorant, unschooled look. For me that's precisely why the technique is useful. Sometimes you want an ignorant look.

I also like the way the artist puts the irritable wife on the left and gives the open doorway equal emphasis. No doubt this is to make a space for the kids when they come in later, but it serves another purpose. Given that the woman is touchy and has a short fuse it's funny to think she's near a doorway where any doofus could walk in and bother her. 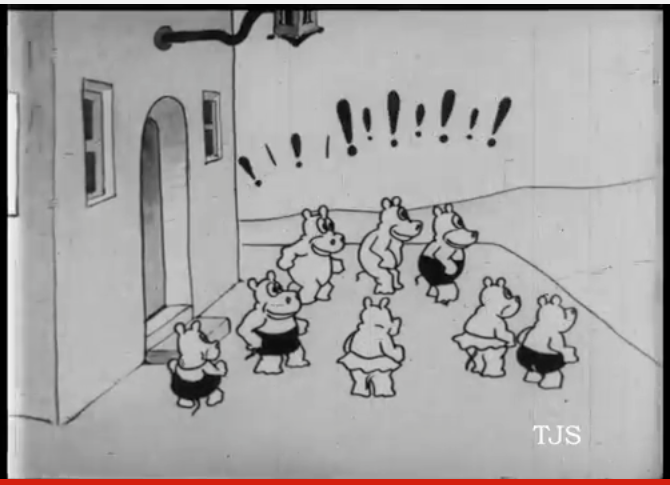 We cut to the outside and her ridiculously huge number of comically eager clones. I like the open front door which reminds us that there's a touchy, irritable person inside.

The kids react to something O.S. and run inside. 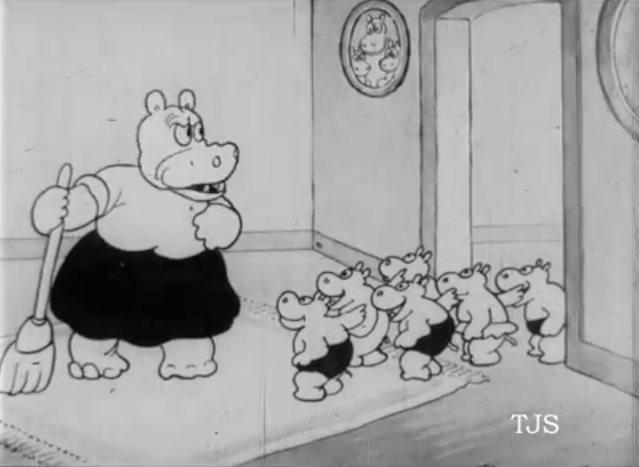 The little clones run in and announce that Dad's outside and he has a "bimbo" (that's what the title card calls her) with him. Mom tosses the broom and heads for the door.

Uh-oh. Whatever fools are out there now have the total attention of a Type A character. 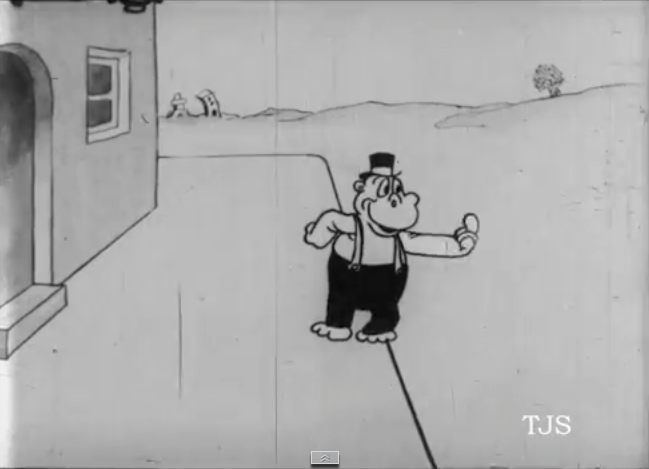 There's Dad outside, beckoning to his "bimbo." This is a technique I often use myself. The bimbo is an outrageous character and a character that funny shouldn't be in the scene when you first see them. They have to make an entrance to underline their importance. The act of beckoning functions as a kind of fanfare. 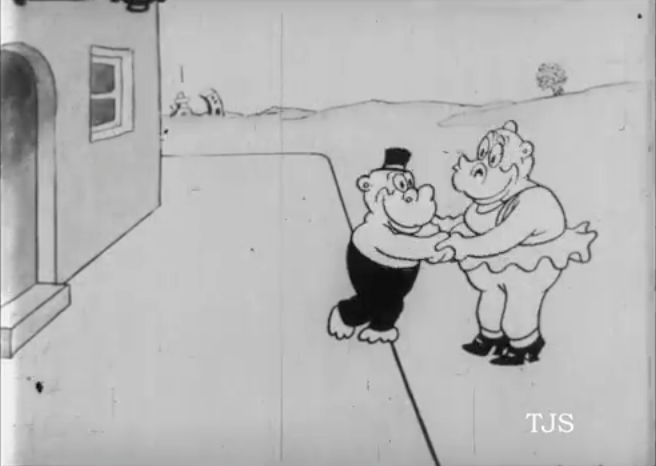 And here she is! I LOVE this hippo. Her design and very stiff but charming acting style is a masterful example of skilled ignorance. I also like having the empty space on the left where the angry wife will stand when she comes out. You could argue that leaving an awkward space there is unnecessary but...and this is important...if it's funny then it IS necessary. You could handle mom's entrance with cuts and pans and that might be good cinema, but it's not funny.

I have more thoughts about the staging in this cartoon but I'll have to save them for the time when I have the whole cartoon infront of me, and not just a tiny fragment.

Have you seen this new Kickstarter project 'Cartoon Carnival'
The goal is to make a documentary about the pioneering days of animation before any of the so-called rules were set in stone.
We've heard plenty about the big animation studios but this documentary will go even further back, looking at cartoon series such as Gertie the Dinosaur, Koko the Clown and even Paul Terry cartoons like "Jolly Rounders"!
It's an interesting period of animation that most people, myself included, don't know enough about and is too often dismissed as primitive.
I'm going to donate something to the project and thought it would be up your alley.

Joshua: To be honest I'd be more enthusiastic if the documentary was about early FUNNY animation. Gertie is historically important but it's not very entertaining, and you'd have to be careful to get the right Koko. Not all Kokos and Terrys are funny.

A program like that ought to include the funniest Bill Nolans and Terry's Fanny cartoons, even though those were made a little later than the ones in Cartoon Carnival.