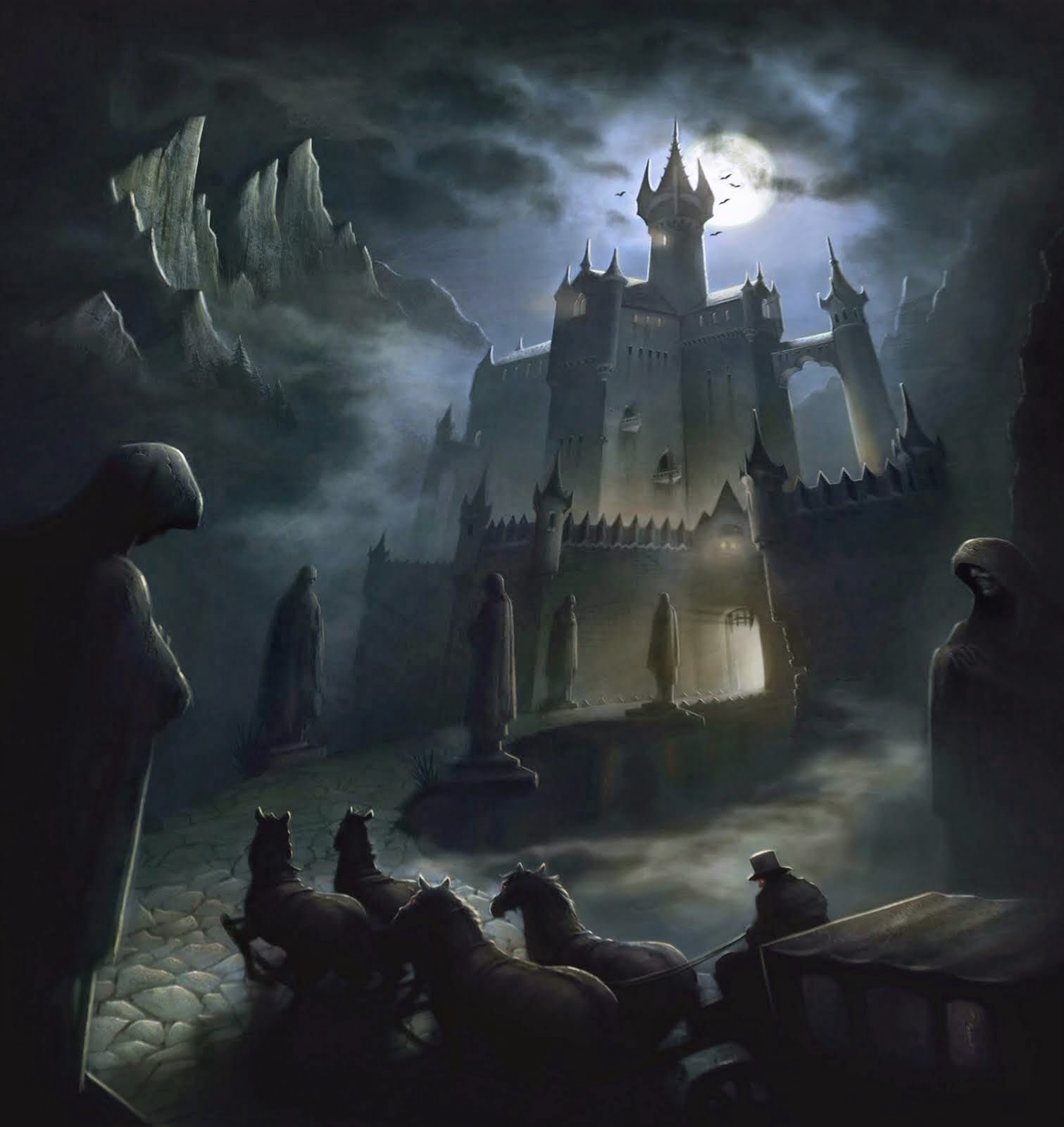 I can't resist starting this post about Horace Walpole with an illustration (above) from a vampire story. Walpole liked scary images so I think he would have approved. Anyway, Walpole was one of the most influential storytellers ever to work in the English language. He's credited with inventing the British Gothic novel and, since that morphed into horror, romance and crime and detective fiction, you could make a case that he was the father of British genre novels in general. The mansion he built, Strawberry Hill (above), illustrates most of this post and is regarded as the first example of Gothic Revival architecture. I like the house but it takes a while to get used to. Apparently Walpole tried hard to create something gloomy and scary but he was temperamentally so good-natured that he was always modifying his intent when it came to the details. The result was a kind of Disneyland version of Gothic. 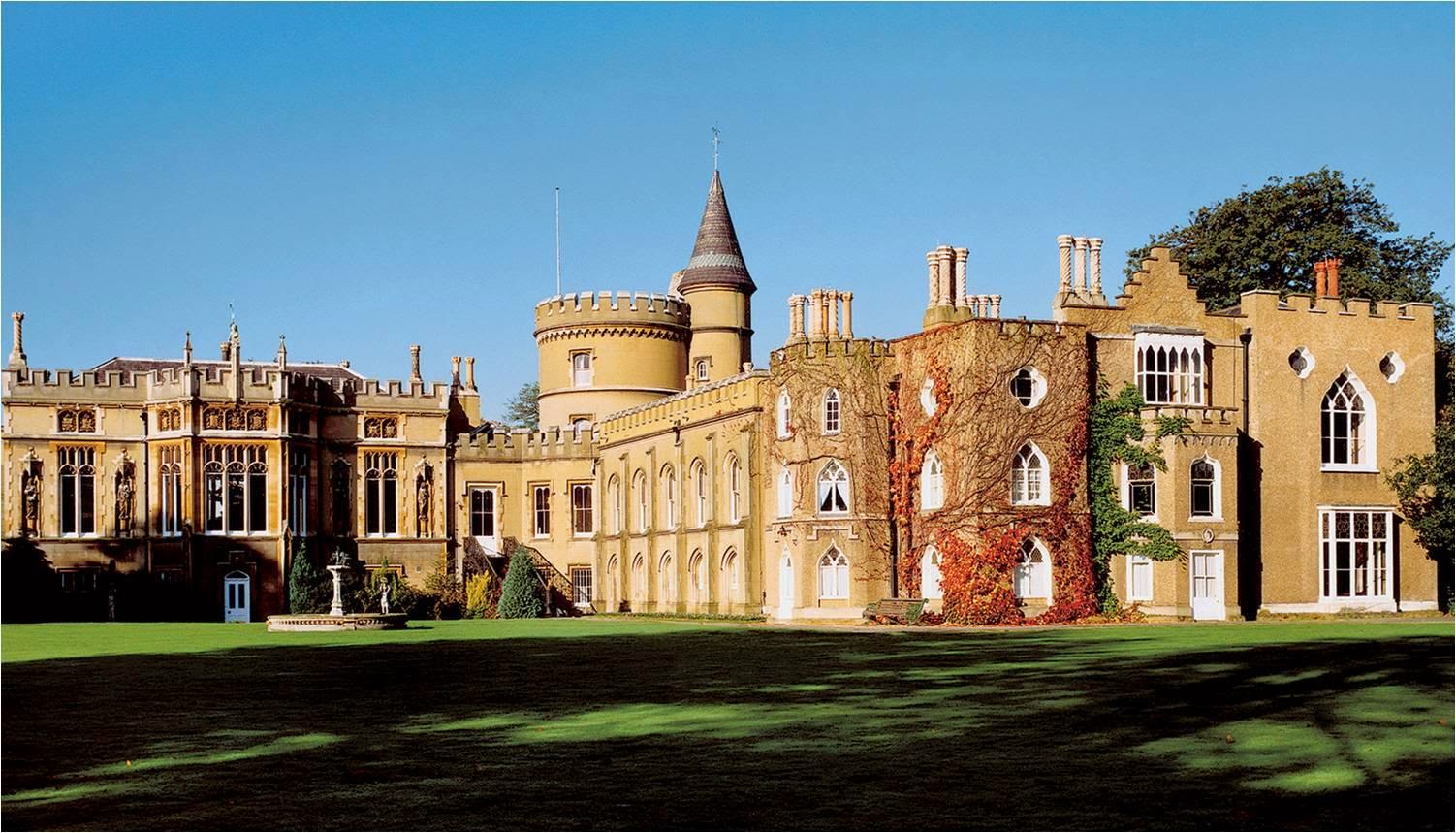 Maybe this (above) is closer to the way Strawberry Hill appeared in Walpole's time in the mid 18th Century. The whitewash was probably added in recent times to increase it's appeal as a spot to host weddings. 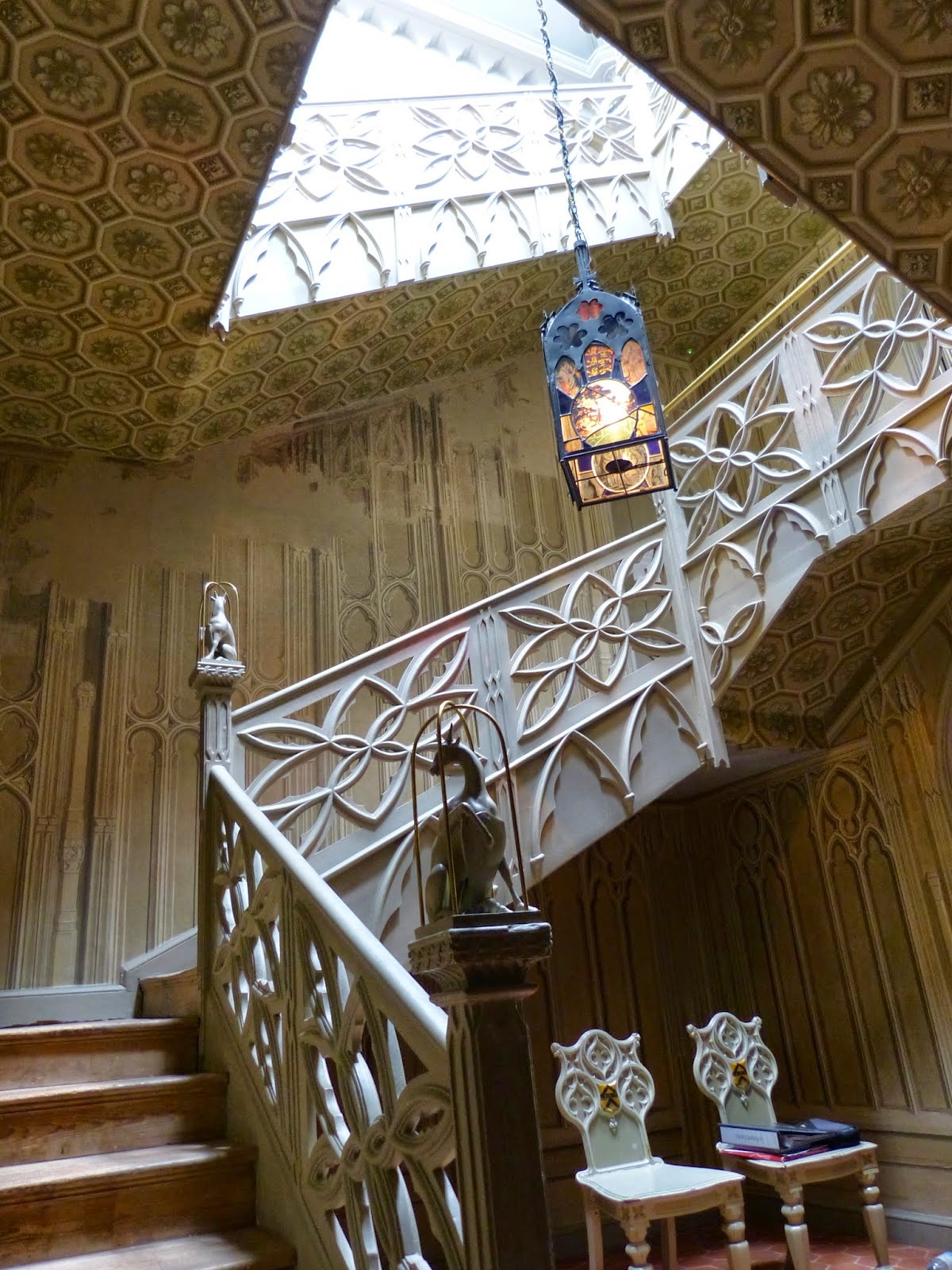 He ran low on funds while building so he had to cut corners. Look at the ceiling (above). It's painted on. Not only that but exterior battlements were often made of cardboard. It's funny to think that Ann Radcliff's creepy 1790 thriller "Mysteries of Udolpho" was inspired by such a cheerful house. 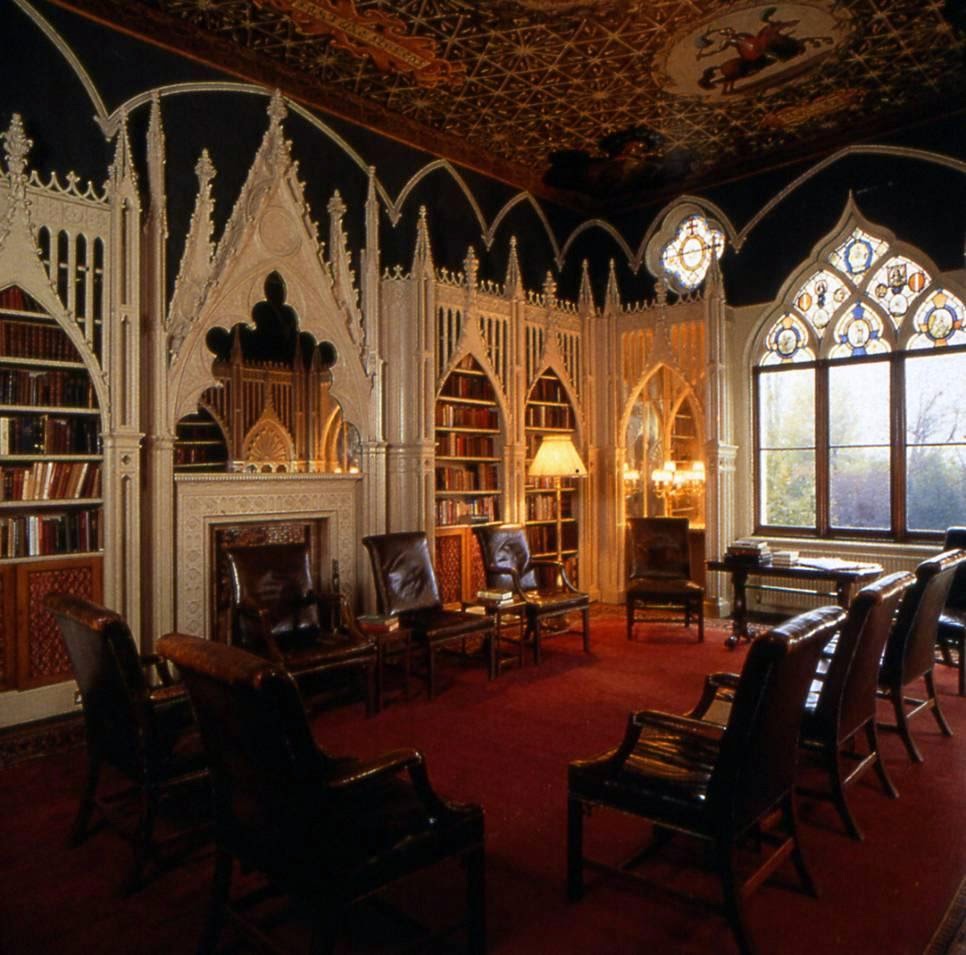 Cheerful (above). This room is positively cheerful. It's beautiful but I don't think any self-respecting ghost would haunt something like this. 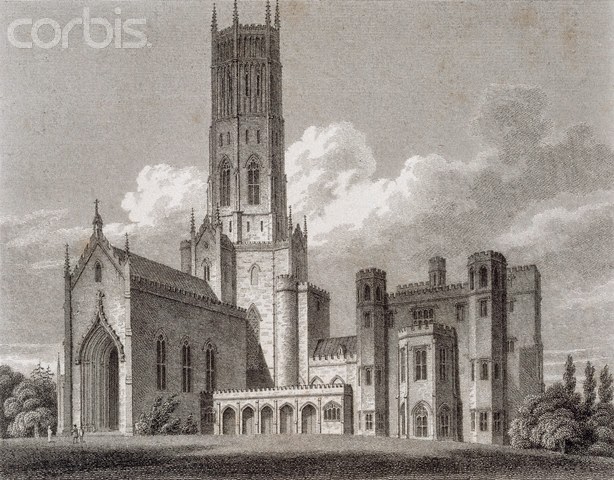 Walpole's excesses touched off a kind of arms race among his imitators. Here's (above) a print from 1814 showing novelist William Beckford's house. The gallery was 350 feet long and the tower over 285 feet high. In the fireplaces 60 fires were always kept burning, except in the hottest weather. Yikes!

I think the tower collapsed sometime in the future but, since Gothic fans liked ruins, that wouldn't have prevented tourists from visiting.

Posted by Eddie Fitzgerald at 6:14 PM