WHY DOES RESTAURANT FOOD TASTE BETTER? 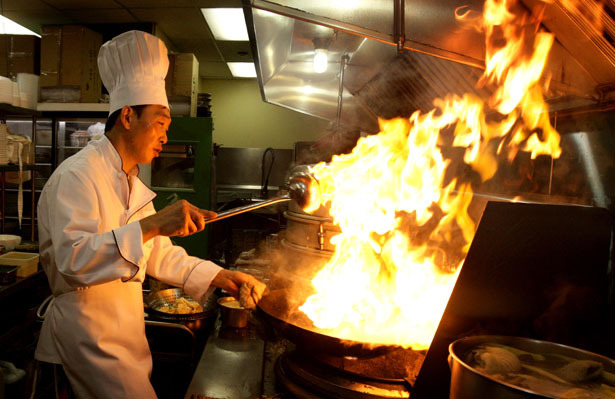 I cook at home fairly often nowadays, but I have to admit that my food is only occasionally as good as the restaurant variety. I don't know what I'm doing wrong. I use fancy cookbooks, and I try to follow the directions. Not only that, but I use fresh, or fairly fresh ingredients. Even so, the restaurants beat me almost every time. Why? 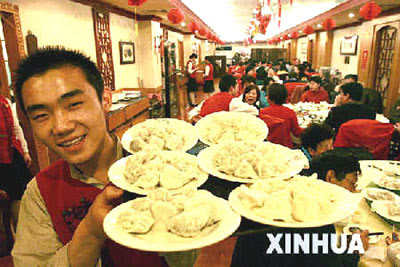 So far as I can tell the difference is that restaurants use lard, butter, sugar and MSG, even when they say they don't. I could be wrong about that, but really...if it's not that, then what could it be? Sure, restaurants have professional cooks...but, doggone it...I have the books, and the books are written by professionals! What gives?

I decided to research the question by taking one of the recipes I make and going on the net with the question: "How come my Cashew Chicken doesn't taste as good as what I get in Chinese Restaurants?" Half the responses were insults like, "Because they're professionals, stupid!" but some of the answers were pretty interesting. They did a lot to explain why you can't learn everything from a cookbook. 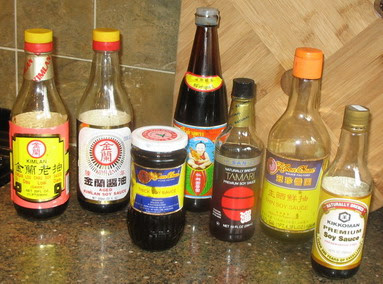 First off, Chinese restaurants use different kinds of soy sauce for different dishes. There's a zillion kinds. Just because you have Kikkoman at the table doesn't mean that's what they're cooking with in the back.

Secondly, they use a lot of heat when they stir fry, more heat then most people like to use at home. Not only that, but they use peanut oil, which you probably don't use for health reasons.

Third, they use Chinese vegetables rather than Western substitutions. That includes the type of mushrooms that are appropriate for the dish they're making. They also use shallots instead of onions. 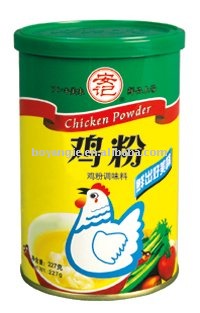 Fourth, they use "Chicken powder." Can you imagine that...CHICKEN POWDER!!! I had no idea there was such a thing. Restaurants use real chicken too, but they supplement it with chicken stock in powdered form. It's not the same as bouillon. You can get it at Chinese markets.

I wonder if the best Chinese restaurants use homemade stock? Stock is one of the secrets of classic French cooking. There's all kinds of stock...even mushroom stock!


Fifth: they steam vegetables using "court" bullion instead of plain water. It consists of water, spices like pepper and garlic, and an acidic ingredient like lemon juice, vinegar or wine.

Lastly, they use ingredients not mentioned in cookbooks, like fresh ginger juice, brown sugar, honey, fat or lard, MSG, and lots of salt. 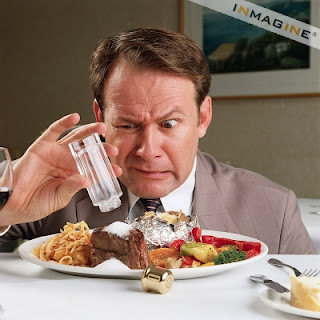 The reason you don't see some of these ingredients in cookbooks is that modern readers won't buy books with recipes that contain things like lard and MSG. Our era regards food as medicine. Taste isn't primary. The poor restaurateurs are forced to give lip service to that, but to stay in business they have no choice but to add these ingredients on the sly, because the food simply doesn't taste as good without them.

Well, that's what the people on the internet are saying, at any rate. I haven't tried some of these ingredients yet, so I'm in no position to judge.
Posted by Eddie Fitzgerald at 11:01 PM

Labels: why does restaurant food

The food that my Chinese co-workers have introduced me that has produced the strongest reaction is Century Egg:

They are an acquired taste. The food related thing that bothers them the most at first is, in my experience, dipping fried food into butter.

One thing I've learned is the importance of going to a good restaurant when exposing someone to new cuisine. I took one of my co-workers to a Cajun place for frogs legs and they declared they didn't like them. And a good thing too, I tried them and they were totally flavorless! Now I can't get her to eat good Cajun food.

"Our era regards food as medicine"

that made me lol. I really cant identify with the modern obsession of "eating healthy" and how that runs off onto other subjects like drug comsumption and the health of the planet in general....
the way I'd see it is that the main reason any one would die of unhealthiness is being alive in the first place, and as long as you consume substances in moderation and with your health in mind, you'll be fine.

As for restaurants, the cooks have been doing that job for decades on end (presumably) and in the top restaurants the guys doing the cooking will be the best available.
For someone who dabbles in cooking amateurly, they wont get the same results due to that lack of experience.
It'd remind you of a guy who took up a couple basic guitar lessons and wondered why they cant play just like Jimmi Hendrix or why they arent at the top of Rolling Stone's 100 Greatest Guitarists list.


Also, this is totally off-topic, but could I ask who you're going to vote for in the 2012 election?
Also, if you'd ever want to do a post on Senator Ron Paul I'd like to read it cause I'm sure you'd have some pretty interesting opinions on him.

Mr.T: Fascinating! Now I'm curious to taste one of those eggs.

Anon: My own belief is that daily homecooking should be healthy, but when you cook something special or go to a restaurant, you should consider only taste.

About the 2012 election: I have my favorites like everybody else, but I would never discuss that here. I try to promote creativity and thinking, and that's enough to keep me busy.

Anon: I forgot to say that I got that "food as medicine" quote from Julia Childs. She hated to hear people talk like that, and so do I.

Sure, food is for nutrition, but it also has to do with social bonding and culture and philosophy.

I think everything you say is definitely involved, but I think you missed one, and that's state of mind.

It's called the "Breath of the Wok". Check out Grace Young's book Stir-Frying to the Skies Edge. I got it in everything I cook now after following her seasoning and cooking techniques.