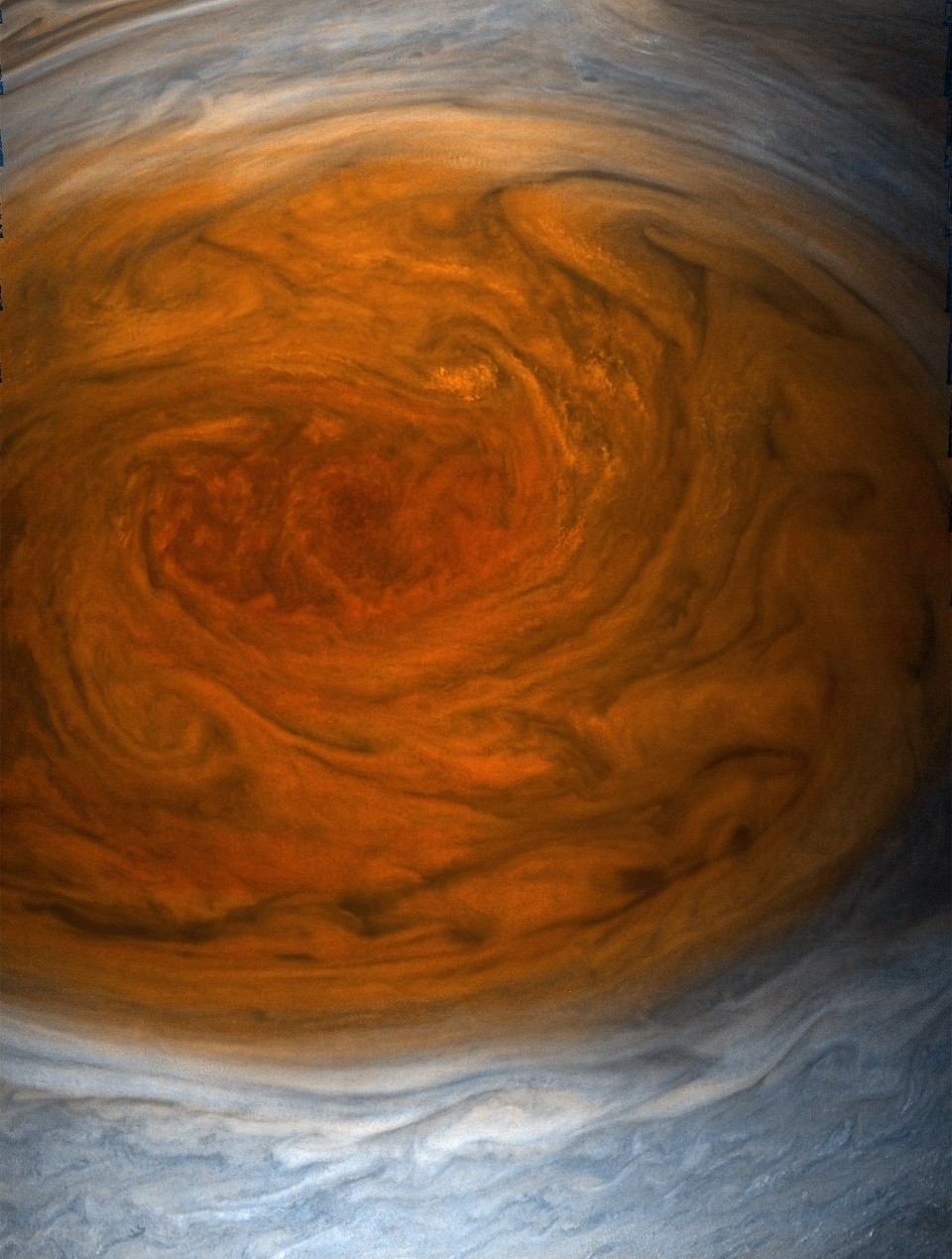 Have you seen the latest Juno pictures of Jupiter's red spot? This one (above) was taken July 11 from less than 10,000 kilometers away. The origin of the red spot is still a mystery. 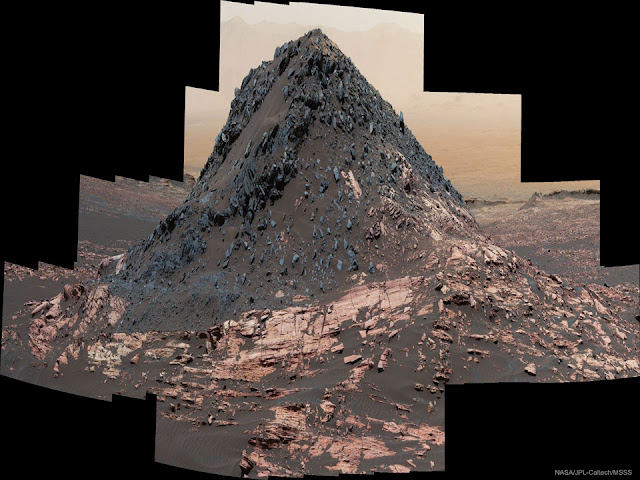 Here's (above) an odd one: a mysterious Martian cone 5 meters high and 15 meters across.  It's all alone. There doesn't appear to be other cones nearby. It was taken in February by the Curiosity rover. 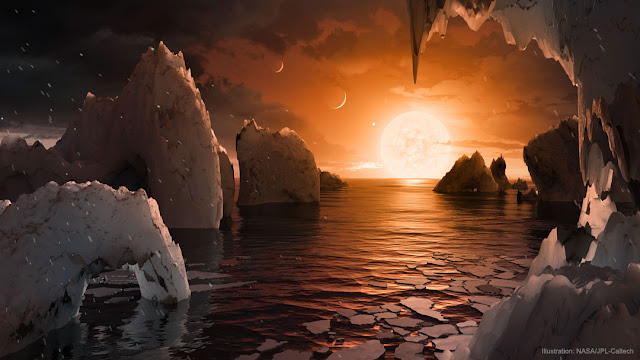 Here's (above) an artist's conception of the Earthlike planet called Trappist-1f.  Along with six other planets it orbits the star, Trappist 1.  The other planets may all have some Earthlike features. Since the planets are unusually close to each other it's fun to guess that if life sprang up on one world it would probably spread quickly to the other six. 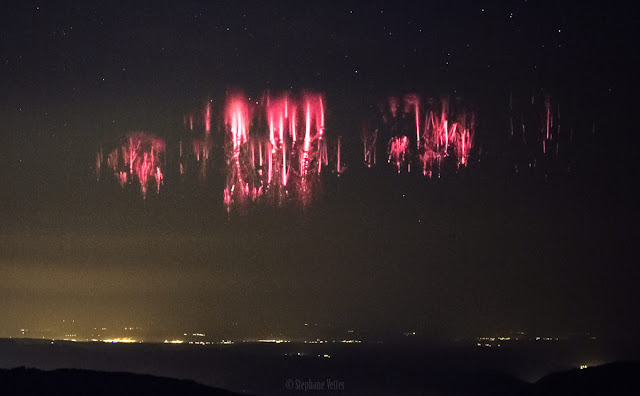 Last but not least: red sprites over the English Channel. Nobody knows what causes them but they're thought to a product of thunderstorm activity. They're rarely photographed because they only last for a millisecond.