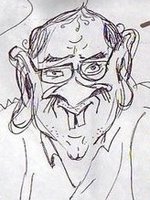 Hello men! I get a lot of letters asking for advice about dating. Normally I don't answer because, well, some things can't be taught. I recently changed my mind after receiving a gut-wrenching letter from a Theory Corner men who told me that if I couldn't help then there would be nothing for it but a leap into the Grand Canyon. It occurred to me that I might be able to help this man and through him some of the other luckless, blighted males who frequent this site.

I agreed to meet the letter writer outside my favorite Hollywood disco. Out there on the street we'd talk theory then inside we'd put it into practice. 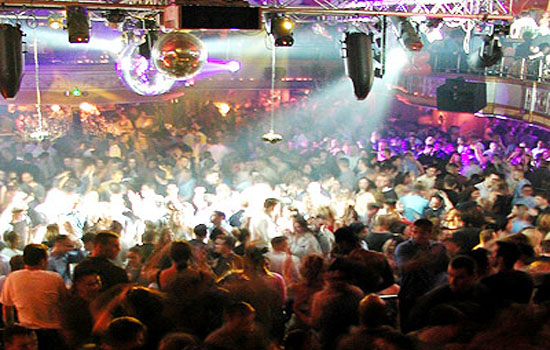 Uncle Eddie: "Alright, listen up! The basic format is FMAC: find, meet, attract, close. Got that?"

Uncle Eddie: "The trick is to play hard to get by deliberately ignoring the woman you're interested in while winning over her friends, including the men. To do that you employ a device called the 'neg'."

Uncle Eddie: "The neg is a negative comment, a sort of accidental insult. The purpose of a neg is to lower a beautiful woman's confidence. Maybe tell her she has lipstick on her teeth or offer her a breath mint after she speaks. Now what's the number one characteristic of an alpha male?"

Student: (drops pencil; when he leans down to pick it up his glasses fall off) "Um...er, I don't know, Uncle Eddie!"

Uncle Eddie: "The number one characteristic of an alpha male is the smile. Smile from the moment you enter the club! It indicates confidence! OK, let's go in!" 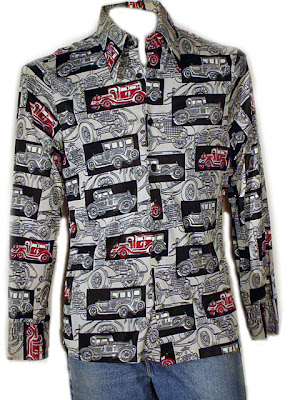 Uncle Eddie (inside the club...the sound is deafening...Thoomp! Thoomp! Thoomp!) : (shouting) "You see how all the guys are dressed? You gotta be bold, over-the-top! Dress average and you'll fade into the background! Wear a conversation piece! Now go up that group over there and start talking! Don't think about it or you'll chicken out! Did you memorize the dialogue? "

Student: (squints to read his notes) "Yes, Uncle Eddie! I walk over to them and say, 'Hey, it looks like the party's over here.' Then I turn to the girl I want and say, 'If I wasn't gay, you'd be so mine!' (he blushes).

Uncle Eddie: (rolls eyes) "Once she feels comfortable and unthreatened by you, you forget the gay thing."
Student: "But isn't that lying?"
Uncle Eddie: "Naw, that's flirting!"

Well, that's enough for one post. Now I don't want to hear anybody talking about diving into the Grand Canyon. I'm a hiker and I don't enjoy stepping over dead bodies.

Editor's Note: This info was derived from a book: "The Game: Penetrating the Secret Society of Pickup Artists" by Neil Strauss.

Posted by Eddie Fitzgerald at 10:49 PM

Hmmm. Only one typo this time. Or was there more?

This had always bothered me. You know, playing hard isn't an actual dating strategy. It's an excuse you use why some one isn't interrested in you.

Like in: "She is is just playing hard to get when she threw that glass of water in my face, kicked my shins, ran away and called the cops, she wants me".

Hahaha! I think I'll pass on this theory.

HAHAHAH. I was right about the boooook hahah. Playing hard to get is a waste of precious time. It seems to work in movies though.

yes!
I've been waiting so long for this post!
maybe I'll finally get some gurls now!

Gabriel said...
This comment has been removed by the author.
8:09 AM

sorry for the off topic comment, i just need to share this with intelligent people: guilty pleasures of literary greats

the dude who wrote that book - i bet the only dates he gets are with rosie palmer and her five sisters.

i'm too nice and clean, if i went around telling girls i'm gay they might believe me. But thinking again i curse like a sailor, so maybe they won't...

For Sale (cheap): One way bus ticket to the Grand Canyon

This would make a great cartoon.

I was buying a pair of shoes a while ago and met this girl at the checkout line. She was trying to turn on the light that lets people know her register was open. She was so short that she had to jump a couple of times to reach the switch. She was cute.

After she missed it the first time, I laughed at her. She laughed too and missed the second try as well. Then she told me to stop, it was ruining her concentration. I made a comment about how short she was (a neg, if you want a word for it). She got it on the third try and defended herself. I made a short joke and she laughed. Then I introduced myself, paid, and got her number. We went out a few nights later.

I think the neg is to show you're not some drooling idiot who'll put her on a pedestal.

The gay thing seems like stupid advice. But maybe it's a "neg" too. Like when a girl says she's a lesbian and you think she's way hotter after.

You are forgiven, at least by me. That was only the second cartoon I've ever seen that depicted H. L. Mencken. The other one is hanging in a frame on my wall.

i like "warm" stares. eye contact is essential, regardless of what you say. You could deliver the best pick up line in the world, but if your body-language and eye contact are weak, you're going home with frankie five fingers. Use wisely, young player.

last comment not directed at david, who I agree with.

I just saw a newspaper ad that depicted some young stud wearing a T-shirt emblazoned with the following:

"Here I am - what are your other two wishes?"

Now, what fine babe would not simply melt upon reading this, I ask ya?