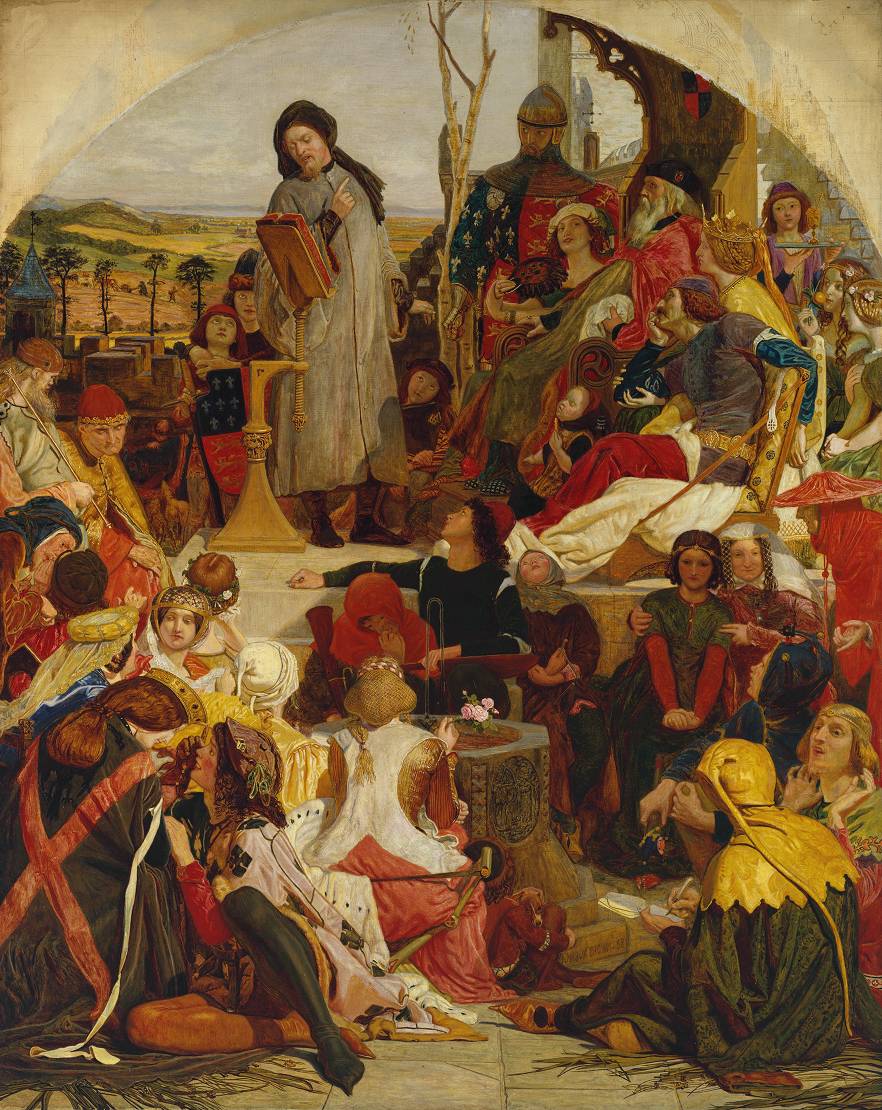 Haw! Here's something Steve Worth turned me on to....it turns out that English poets of the late Middle Ages used to carry on insult wars with each other. One bard, Dafydd ap Gwilyn, was so good at it that the subject of one of his poems is said to have died when he heard it.

I couldn't find a picture of Gwilyn, but here's (above) the next best thing: a picture of Chaucer reading to Edward III. Geez, if biting satire was a popular entertainment at court I can easily understand how someone on the receiving end might give up the ghost.

Anyway, here's the exact poem (below) that had the power to kill a man. If you don't want to read it then watch it on the YouTube video (also below):


A SATIRE ON RHYS MEIGEN
by Dafydd ap Gwilyn 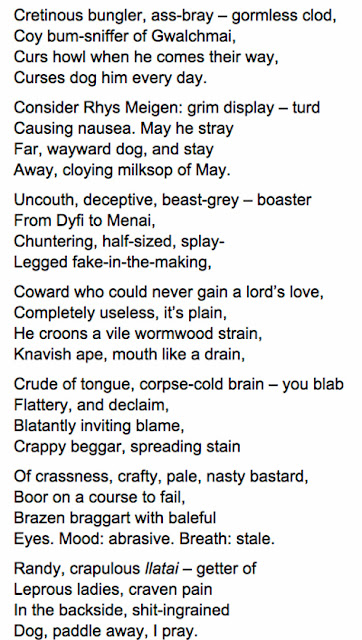 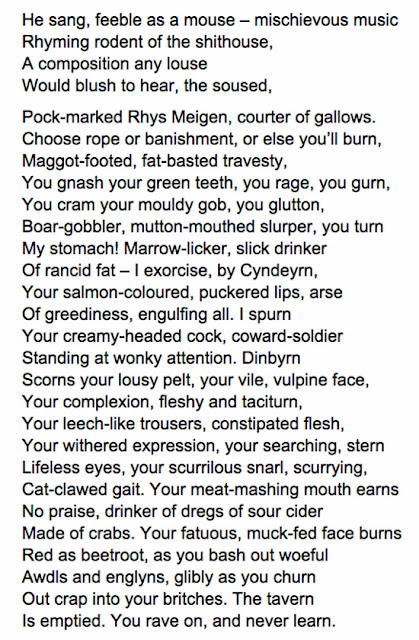 Posted by Eddie Fitzgerald at 12:27 AM

Say Eddie, if you'll pardon me going off-topic, I have a question. I'm trying to do a funny superhero cartoon.
I've got my character all planned out, which I dare not reveal, but I was wondering if you could recommend any Superhero comics or TV shows I should see?
Naturally I've read Kurtzmans SuperDuperman, the epitome of funny superhero strips! I like your origin story "Sooperman" too!

Thanks a bunch Steve!

Joshua: Wow! Good advice from Steve! I can't think of anything better!

Joel: Interesting! i wonder if they had this poem in mind when they wrote that?