ARE YOU A HEDGEHOG OR A FOX? 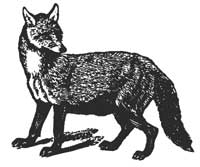 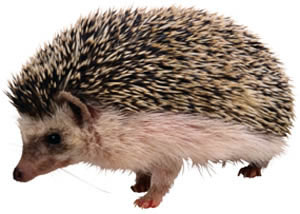 Isaah Berlin asked the question in a famous essay and people have been repeating it ever since.
Are you a hedgehog, i.e., someone who has one strategy that they apply to every situation, or a fox, i.e., someone who has many possible strategies? If you're like me you probably consider yourself a fox in this respect but it's possible that friends who know you would disagree. That's not necessarily a bad thing. Hedgehog atrategies are suprisingly effective.

The most high-profile hedgehog I know of was General Patton of WWII fame. Pattin often took command of units that were demoralized from innaction. The previous command was usually mired in the bog of too much information. They had conflicting intelligence about the enemy so they did nothing while they tried to sort it out. Patton would take over and immediately order an attack. Morale would shoot up immediately. Automatic attacks may seem like a dangerous strategy but Patton rightly figured that bad morale was a greater threat than a formidable enemy besides, if the enemy were so strong why hadn't they attacked before now? Hedgehogs are blessed with certainty and self-confidence and that's a big asset.

Posted by Eddie Fitzgerald at 10:46 PM

Oops - sorry - it's a story about how 1/3 of Americans are functionally illiterate - sorry to dwell on this - but here's a survey:

Is this a problem or is this just the way it is? Should Artists work to "solve" the problem or accept it as "status quo"?

Eddie - I love the Hedgehog vs Fox delimma. I submit that it doesn't matter which strategy you choose - if you pursue one of these plans unwaveringly, you will ultimately succeed - the loser is he who flinches or loses faith. Have you read F S Fitzgerald's "Last Tycoon"?

I love me some Patton. I've seen the George C. Scott/Franklin Schaffner film hundreds of times, read lots of books about him.

As a kneejerk reaction, I would've thought him more of a fox, but now that you've made the comparison I can see your point. Excellent on mobile attacks, not so hot against fortified positions or slogging through unfavorable terrain. High frustration level when not allowed to fight his way.

That really fits with the "one strategy" thing.

Another high profile, much less successful hedgehog? Lt. Col. George Armstrong Custer. One strategy- attack. It worked for a while, when coupled with surprise. Against a numerically superior foe with both advance knowledge of his oncoming assault AND superior weaponry?

Greasy smear on the Greasy Grass.

I think I've heard some goofy saying that goes: If all you have is a hammer then the world looks like one big nail.

I think it can be a problem when a hedgehog uses the same strategy over and over without it ever one having been successful. (I speak from personal experience here...)

Thanks for writing about my peeps, mate - hedgehogs rule!

I'd say Bush is a failed Fox. The idea of a hedgehog, if I understand correctly, is the reapplication of a successful action. I think Bush would need a successful action before he could reapply it. I think what we have seen is the false front of hedgehogishness disguising a foxy interior. Witness the philosophic difference between a "conservative" position on homeland security but a "liberal" position on border control.

I would say a failed fox is one who doesn't know what the hell he's doing, but he keeps trying different angles at random (i.e. without applying any creative problem-solving.) Occasionally a failed fox will do something right, as in the old saying "even a stopped clock is right twice a day."

I have no idea what I'm talking about.

Having bad morale sure is a bigger threat than being dead.

Whether an individual is a hedgehog or a fox would be partially influenced by the amount of resources and time you have available.

A fox strategist would work best in a situation with a large amount of resources and limitless time.

The hedgehog tactician would probably be an asset in situations with limited time.

This question is a very interesting Eddie...I should put more thought into it.

I think that I'm a bit of both. If it's a scenario that I've faced before, then I'm a hedgehog. I'll do the "tried and true". If it's a new scenario, then I'm a fox. I try to come up and try a few ideas until I find one that works.

Eric's theory is good - hedgehogs are good when time is not your friend, while foxes are good if there is no hurry.

Alex- as ruthless as it sounds, and I'm not talking about the rightness or wrongness of war itself in general, or any particular war in specific- but when you're a soldier at war, if you must spend your life it's much better for the ultimate strategy to expend it accomplishing a task.

Soldiers with poor morale become ineffective and much more likely to be killed while contributing little to the overall goal of victory.

Unless they're retreating, of course.

Jesus was a hedgehog. All that "no man cometh unto the Father but by me" business.

Gee I musta been readin the wrong bible!

W H Auden invented a variation of this, the Alice or Mabel question. He based it on this passage from Alice in Wonderland:

"Let me think: was I the same when I got up this morning?...But if I'm not the same, the next question is 'Who in the world am I?...I'm sure I'm not Ada...for her hair goes in such long ringlets and mine doesn't go in ringlets at all; and I'm sure I can't be Mabel, for I know all sorts of things, and she, oh! she knows such a very little! Besides she's she and I'm I and - oh dear, how puzzling it all is! I'll try if I know all the things I used to know..." Her eyes filled with tears...: "I must be Mabel after all, and I shall have to go and live in that poky little house, and have next to no toys to play with, and oh! - ever so many lessons to learn! No, I've made up my mind about it; if I'm Mabel, I'll stay down here!"

Auden added "Most writers, except the supreme masters who transcend all systems of classification are either Alices or Mabels." His examples of Alices were Montaigne, Robert Burns, Jane Austen, Virginia Woolf and E M Forster; his Mabels were Pascal, Dickens, Dostoevsky, Joyce and D H Lawrence.

Bob Clampett was an Alice; Chuck Jones was a Mabel?